Saboteur! is a stealth action-adventure game created by Clive Townsend and published by Durell Software in 1985 for several 8-bit home computer formats

In 1985, Clive Townsend released Saboteur! for the ZX Spectrum 8-bit computer. Now, according to Nintendo, “SimFabric in collaboration with Clive Townsend prepared special remastered version of Saboteur! for Nintendo Switch“. You will be able to experience the “original mission from 1985 in two versions, ZX Spectrum and Commodore 64”. However, there will also be new levels, enemies, story, 22 special achievements and much more. Saboteur! releases digitally on the Switch eShop on November 9th.

"Now after 33 years, SimFabric, in collaboration with Clive Townsend prepared (a) special remastered version of Saboteur! for Nintendo Switch. In the game you'll experience original mission from (the) 1985 version. Additionally the story will continue with new levels and enemies. Now you'll be able to know more about Saboteur and his dark and secret story,” the developer announced on its page, in loose translation. 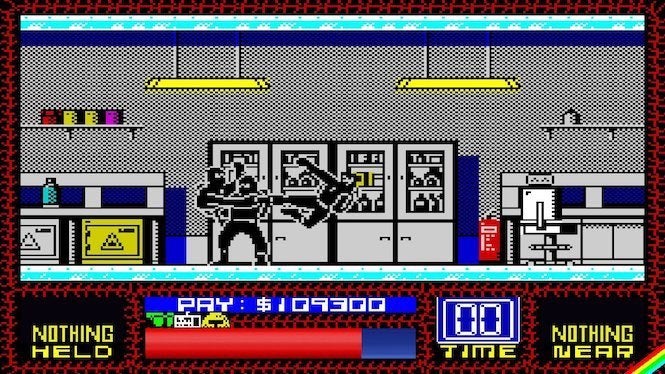 As for the special features you can expect from the game, here’s the breakdown: